Don’t worry, it isn’t going to be this difficult.

Living in Japan, you’ll often find situations where you have to use Japanese calendar years. Although somewhat antiquated, this system is still used by the government (where all practices are out of date) and in formal documents such as Japanese resumes.

Knowing how to convert these dates at need will save you some trouble and frustration. I recommend carrying around a personal conversion chart in your wallet with the most common, important dates for you, so that you can refer to it at need.

I’ve created a tool to build and print your own conversion chart. Click here to check it out!

When to Use the Japanese Calendar

Many official forms in Japan will require you to use the Japanese calendar when writing the year. Examples include City Hall forms, some postal and banking forms, and Japanese-style resumes (rirekisho 履歴書 or shokumukeirekisho 職務経歴書).

You will be able to tell if a Japanese-style date is required by the prefix in the date field, or the option to select a prefix, as shown in the examples below.

This version is frequently found as a submission date or completion date field. The current era, Heisei, is already filled in, since it’s assumed you are entering today’s date.

A variation of this example is most common for birth dates or other days that might not have been within the last 28 years. In this example, you would circle the appropriate era and write the year, month, and day numbers. Era names may also be shortened to just the first character above or to an English Letter, such as “H28” for Heisei 28. See the chart below for more details.

Note: You may see 西暦 as a fifth “era name” option. This means “Western Calendar,” so you could circle that option and write the four-digit year (e.g. 2016).

What the Japanese Years Represent

Since the Meiji Restoration in 1868, the Japanese era name has changed with each Imperial accession to the throne. The current era, Heisei (平成) began the current emperor took the throne on his father’s death in 1989.

There have been 4 eras since 1868, with Heisei being the current one. In 2016, the current emperor stated that he wished to abdicate within the next few years, which would bring an end to the Heisei era.

For almost all cases, you will only ever need to use Heisei and Showa (昭和), which began in 1926, or any era name that comes into existence in the future. However, conversions for all years since the Meiji Restoration can be found below.

Each Emperor has a given name, but it is considered rude to refer to them by that name. It is, however, acceptable to refer to the Crown Prince (皇太子 koutaishi) by his first name. For example, Crown Prince Naruhito is the heir apparent of the current emperor and we can call him by that name. However, if he were to ascend the throne, it would not be appropriate to call him “Emperor Naruhito.”
The Imperial family does not use a family name.

In conversation or in the news, the current emperor is called “The Emperor” (天皇陛下 tenno heika) or “The Current Emperor” (今上天皇 kinjo tenno)

After death, Emperors are formally renamed to the name of their reign. Hence, we refer to the previous emperor as the Showa Emperor (although he is of course better known to history as Emperor Hirohito). You should not refer to a living emperor by his reign name as it would be something akin to wishing him dead.

Other Calendars and Year Systems in Japan

Only Japanese calendar and Gregorian (sometimes called AD or CE) calendar years are acceptable in Japan. If you have documents written in other systems, such as Buddhist, Coptic Christian, or Islamic calendar years that you need to submit in Japan, you will have to convert those and/or include a note explaining the discrepancy in years.

One example I used to see regularly was school records from Ethiopia (Coptic Christian calendar) submitted to Japanese universities. These caused significant confusion.

If you are having your records translated, do not expect a translator in Japan to know the difference in date systems and convert the dates for you automatically. You will probably have to explain it to him or her.

Special Years: When the Era Changes

The year that the era changes will have two possible designations in the Japanese calendar. In this case, you will decide which era to use based on the month and day.

Nobody is likely to get very picky about this, so you don’t need to worry too much. This note is just for those of us who like to be extra precise!

Chances are good that you won’t ever need to refer to more than a handful of years: Your birth year, your spouse and children’s birth years, your marriage year, and the current year.

I recommend writing each of these in an Evernote note or on a business card-sized piece of paper and keeping them with you for quick reference. I have a business card-sized template you can complete and print by signing up for my free mailing list. You’ll also get a weekly update whenever I have new content and guides available.

For the rare occasions that you’ll need more years, such as writing your resume, bookmark this article and the table below. 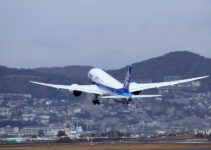 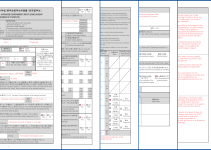 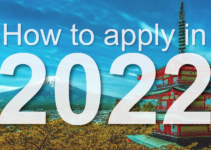