Home
Driving in Japan
Buying a Used Car in Japan

This is our tale of buying a used car in Japan. You can find a more concise Guide to Buying a Used Car in Japan, based on this experience and browsing other English and Japanese articles on the web, posted in our TranSenz Guides. We welcome comments and suggestions for either one in the comments section below!

When we lived in Kyoto, owning a car was out of the question. Our apartment building offered no parking and, with the convenience of the public transportation system, there was really no need. Even with a baby on the way, we lived closer to the nearest Women and Children hospital than we did to the nearest available parking. In short, nothing argued in favor of owning our own transportation.

As soon as we began to consider moving to the “countryside” in Shiga, it was evident that we would eventually need a car- and a whole lot of canned peaches. We are fortunate enough to be within walking distance of a grocery store, and spitting distance of two bus stops, but I’m not about to ask Sawa to take the bus to the hospital when labor hits. Nor am I likely to want to depend on public transportation to join her in the delivery room. With the decision officially made last December, I started my procrastination.

Of course, I masked said procrastination as “preparation.” The first step was to determine how to go about buying a used car in Japan. I had never dealt with a large dealership in my past used car purchases, and I wanted to keep it that way. My first feelers were positive- a former host father suggested I try asking around at work, so as to buy a hand-me-down from a coworker. Unfortunately, my queries revealed that only one my coworkers actually owned a car- and it was new. My other coworkers broke it down for me: Dealerships are the only way to go. So much paperwork is involved in buying and selling cars that most people would rather lose money by going through the dealership than bother with all of the work themselves. If I were a cynical man, I might believe the reams of paperwork exist to reinforce the role of dealerships and keep the industry in business. But seriously, would the Japanese government really implement opaquely industry-favoring rules at the expense of its citizens?

Knowing that I had to go through a dealer opened up a whole world of procrastination. Past experience, albeit in the US, has led me to group used car salesmen in an order of organisms with politicians and cockroaches- before I deal with them, I like to have all my facts straight, and a spray can of poison. But that wasn’t the biggest problem. The biggest problem was choices. Dostoevsky’s Torquemada was right- freedom of choice is a burden, not a blessing.

When I had planned on buying person-to-person, I had deliberately held off deciding on car types, as I assumed my choice would be constrained by availability. Now that we had the entire expanse of Japanese vehicles to choose from, more research was in order. Of course, as in all things, my first instinct was to satisfy my wife’s wishes, but for this important decision, she declared that she’d like . . . a car.

Ok, that’s not completely accurate. She did have some specifications: small, but not kei class (<660 cc engine) for driveability, and a positive reputation for safety, fuel efficiency and reliable. Good criteria, all, but this is Japan we’re talking about. That doesn’t really narrow down the domestic stock, much. We eventually narrowed down our list by the uber-scientific method of walking around the streets and asking each other, “how about that one?” The winner was the Honda Fit.

Finally, Sawa put her foot down- it was time to actually get ourselves to a dealership and buy the machine. Perhaps my “wait until the last possible minute” metality wore her out. Perhaps she knew something that I did not: you don’t actually get to take the car home the same day! If she hadn’t helped me get into gear, so to speak, we would have been too late to actually take delivery of the car before the baby arrived. Not good. The next day, practically by the time I’d arrived at work, she had compiled a list of dealerships and vehicles in our pricerange from an internet search.

I quickly noticed that one aspect of car shopping, at least, appears to be a universal truth: dealerships are always located somewhere that is only actually reachable if you already have a car. The Honda dealership we selected was little different. And, of course, the city bus that stopped closest to our destination did not actually run on weekends, so we had to hoof it in from nearly a kilometer away, much to the surprise of the dealership staff. If we had called them, I’m certain they would have been willing to pick us up at the train.

The dealership experience was completely unlike what I expected. We wandered around the relatively small lot, opening car doors and trunks and examining undercarriages for a while, without any interaction with the staff. Finally, I caught someone’s eye, so we could ask a few questions. Our interlocutor answered all our questions without pushing a sale, and made every detail make sense. He even volunteered the facts that the navigation system in the most expensive of the cars we were interested in was somewhat out of date, and the the “fully aero” feature listed on the windshield would not have any appreciable impact at speeds under 100 km/h. He never directed us towards a more expensive vehicle, and acted embarrassed when we asked for his opinion. Either this guy was the genuine article, or he was the best subtle salesman I’ve ever met.

Our “salesman” turned out to be the site manager and, once we decided to ask for an estimate, he turned us over to someone else on staff. The salesman did try to pull a few things over on us, by adding in about ¥50,000 (American reference: drop the last two zeros, then increase by 25%: $625) worth of “recommended” options, including vanity plates. Japanese license plates consist of four variable digits, all numbers. What possible application could there be for vanity plates? But I digress. If this was an attempt to wring extra money from us, though, it was not very adept. The options were buried in a heap of mandatory fees, registrations and taxes. Now, I’m not sure about most car buyers in Japan, but when I’m faced with a list of additional costs that amount to over 40% of the car’s original sticker price, I am going to go through that list with my bs-radar on high. Among the optional items: ¥12,500 for processing our parking certificate- a process that involves all of two trips to the police station and 5 minutes of paperwork. Thanks, but I think we’ll handle that one!

At least our salesman had the good grace to seem embarrassed by the fees. Once we made it clear that all the “options” had to go, they were gone. In return, I had the grace to seem embarrassed when he said that he’d have to submit a ringisho to get approval for the price we eventually settled on. Ringisho are genuinely painful implements of bureaucracy, that seem to require enough signatures to get your name on the ballet in most US states. It’s bad enough that, if I had to submit the ringisho myself, I’d probably say forget it and pay the higher price. Yeah.

Unfortunately, we couldn’t take our new Fit home with us. The salesman drove us back to the station, and promised to pick us up in two weeks, when we formally take possession of the car. This being Japan, there is apparently a formal ceremony involved, which I look forward to blogging about later. 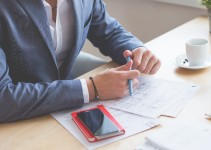 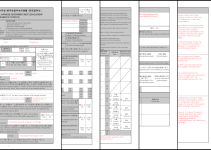